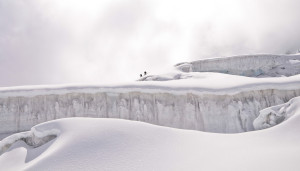 The California Center for Digital Arts is featuring a fascinating photo exhibit on Thursday, September 24 in Brea and I’d like you join me. A notable survivor of the recent avalanche on Mt. Everest has returned with some stunning images of Nepal, Everest, and the Himalayas. The artist, Kuntal Joisher, is traveling from India to meet you and share his stories of survival.

You may already know Kuntal as he appears in the dramatic video of the avalanche that went viral around the world to 23 million people. National Geographic, BBC Earth, Flickr, Huffington Post, and more have recognized Kuntal’s photography with its magnificent landscapes and views.

I’m proud to say that Bob Killen Arts printed the artwork, which will be sold at reasonable prices with 100% of the money going to local non-profit Empower Nepali Girls, a 501C charity.

This will be an extraordinary opportunity to experience great photography and learn about one of the world’s most devastating natural disasters. 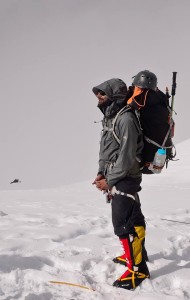 This is a free event for all ages. Kindly RSVP below:

Kuntal Joisher will share his photo collection, “Nepal Himalaya: A Journey Through the Kingdom of Snow and Ice” and be in attendance to share his stories of survival on Mt. Everest. The event will sell photo prints to raise money for the rebuilding of Nepal. All profits from this show will be donated to local charities supporting Nepal.

Kuntal Joisher combines the distinction of being an avid and a passionate mountaineer as well as a high end computer science and engineering professional. He has scaled some of the toughest and tallest mountains of the world. Alumni of USC Viterbi School of Engineering, today he juggles his IT career and his passion for mountain exploration, becoming only the second Indian civilian, and the first Vegan to climb and summit Mt. Manaslu, the 8th highest mountain in the world. Joisher is also an accomplished photographer and many of his photographic conquests have received International acclaim including National Geographic, Flickr Explore, BBC Earth, Himalayan Journal, and the reputed Indian mountaineer magazine. Joisher has completed several challenging and exciting mountain expeditions in the Himalaya of Nepal and India, Chilean Patagonia, and the Western Ghats near Mumbai. Joisher first visited Nepal as a child at the age of 4, and since then has returned six times as a member of international mountain climbing teams. Forever passionate and irrepressible in his goal, he continues to focus on his goal along with a serious fitness training regime to climb Mt. Everest in 2016. 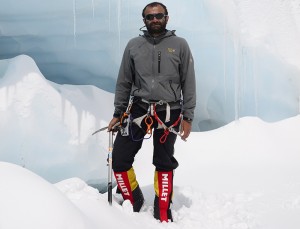 He continues to raise awareness for the causes of Dementia and veganism, the intrinsic and core values of his passionate and towering journey to climb Everest and many more lofty heights!

In April 2014, Kuntal Joisher was part of a 10 member international team led by famous mountaineering guide Tim Rippel from Canada. The team was climbing Mt. Everest. On April 18th, an ice-avalanche swept through the upper parts of Khumbu ice-fall killing 16 Sherpa mountaineering guides. It was the single most deadly accident in the history of big mountain climbing. Joisher was supposed to be in the ice-fall on the same day; however his team had to cancel their trip at the last moment due to non arrival of some critical gear. Consequently Joisher never made it to the ice-fall and survived to share his experience. At the same time 16 of world’s top Sherpa guides were lost in the avalanche, and a week later the mountain was deemed unsafe and the expedition was called off. 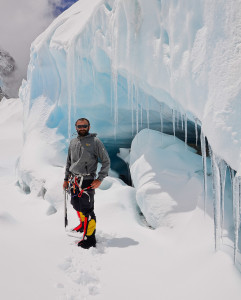 In October 2014, Joisher became the first Vegan to summit the eighth highest mountain of the world – Mt. Manaslu, located in Mansiri part of the Nepalese Himalayas. The name Manaslu, means “Mountain of the Spirit”, comes from the Sanskrit word Manasa, meaning “intellect” or “soul”.

In April 2015, Joisher returned to Nepal. This time around he was the expedition leader of a strong team comprising of 8 international climbers attempting Mt. Everest via the South-east ridge route. On 25th April 2015, at 11.56 am a 7.9 earthquake struck Nepal. A huge avalanche triggered by the earthquake swept through the entire base camp. More than 18 people died and over 70 were injured. Joisher was in midst of the avalanche, and featured in the video that went viral across the world. Joisher survived the avalanche and stayed alive to tell the story. However, this was not a mountain climbing tragedy; it was a tragedy of unprecedented levels. Over nine and half thousand people died in Nepal, tens of thousands were serious injured, and more than half a million were displaced from their homes and continue living in temporary shelters today.