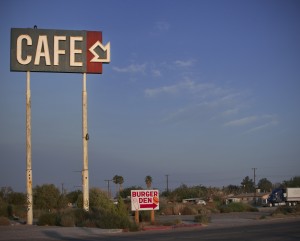 1973 saw the first printing of John Szarkowski’s seminal work, ‘Looking at Photographs.’ This book documents the historical ascendency of photography from the Daguerreotype plate of the 1850s, through and up to the robust 35mm captures of 1973. Within these pages are one hundred images from the Museum of Modern Art’s Photography Collection, and not one is in color.

1973 is also a demarcation line for Fine Art Photography. It’s a fuzzy line, but the classical impressions of Adams, White, Stieglitz (who was actually a pictorialist) Weston, Paul Caponigro, and the gritty social commentary of Strand and others were at or near the nadir of their acceptance.  Suddenly, many were finding their works on the grand stages of MOMA, and the National Gallery in Washington. Some were beginning to experience financial recognition for their work, as well.

Under the silk of this classical acceptance there was an undertone of dissent. By the end of the seventies, this had become a full-throated rebellion against classical landscapes and the purified portraiture of the time. The harmonic street photography of Henri-Cartier Bresson gave way to images of street trash. Suddenly, the uplifting works of the recent masters gave way to works of guilt, deconstruction, and portrait faces filled with unyielding hostility.

Post Modernism had arrived on the Fine Art Photography scene, or in the slang of gallery operators, “Pomo.” The definition of ‘Fine Art Photography” morphed and Pomo works received applause for its unending ambiguity, celebration of the banal, the ugly, and a new cultural icon byword crept into our vocabulary, ‘whatever.’

So what is this stuff we call Pomo? It might be easier if I took a crack at explaining Modernism first, since post Modernism is well, you guessed it—after Modernism, which by the way came after romanticism, which came after…

In the 1890s, a strand of thinking emerged which rejected 18th century romanticism. The assertion was that it was necessary to push aside previous norms entirely, rather than merely revising past knowledge in light of new technology. The growing movement in art paralleled such developments as the Theory of Relativity in physics, the internal combustion engine, industrialization, and the increased role of the social sciences in public policy. Reality came into question, and if technical and religious restrictions, which had governed human activity, were falling, then art, too, would radically change. Thus, in the first fifteen years of the twentieth century, a series of writers, thinkers, and artists made the break with traditional means of organizing literature, painting, and music.

The invention of photography occurred within the Modernism period. As we have seen in previous blogs, almost 50 years passed before photography received any recognition as an art form. Photography was the perfect technology for the Modernism era, for this was a time of rationality, technical progress and the power of empirical sciences— the basic hallmarks of Western thought and culture. Modernist photography adhered to ‘rules’ and concentrated on ‘grand-theme’ subjects with warmth, ‘passion’, grandeur and the beauty of all that is around us. In Landscape Photography, think of Ansel Adams as a consummate modernist. In terms of creative exploration, think Weston and White among many other powerful voices of the time.

As it relates to art, Postmodernism means just about any form that challenges modern concepts and concerns. Painters and music led the way into this period, and Photography, as it has since its invention, followed later. Postmodernist photography rejects the ‘rules’ and concentrates on ‘banal’ subject matter, with a dispassionate, cold, and heavy focus on the ugly around us. Pomo is perhaps more about the underside of ‘culture’ then about art, per se. Movies such as the counterculture hit, Easy Rider with the late Dennis Hopper, or the character Holden in the Catcher in the Rye, are cultural icons of post Modernism. The TV hit Seinfeld celebrated the theme of “nothing”’ as a humorous counterweight to all things modern. Pomo, by design, does not reflect the rational beliefs of the modern period. Cultural Pomo commentators often say, “As long as you believe in consensus reality, you will never experience true reality,” or “Have you ever thought about the not-nowness of now?” “It’s really about me, for my work is the alpha, omega and at the end of the day, I am the event.”

Think William Eggleston as a consummate Postmodernist, but also consider Jeff Wall, Jo Spence and Cindy Sherman. Some you will enjoy; some may turn your stomach.

The two movements are often a mixed marriage and a clear definition is like life itself – messy. Each movement has its share of legitimate artists and images to celebrate. But, Pomo photographers, with their focus on theoretical intellectual issues, often create poor compositions of dreary, tedious subjects, and then, through over-the-top Photoshop techniques, create prints of huge proportions to hide the lack of substance.  It is this lack of substance that art critics often celebrate.

Since 1973, Postmodernist photography has steadily ascended.  Today it dominates much of the gallery and museum world.  What it fails to produce is the revelation of the elliptical view, the unexpected detail, and the lyrical truth that speaks to our spirit on a gut level far beyond intellectual concepts. At its deepest level of practice, it’s about deconstructing all of the rules and belief systems of the 20th century that govern us at a rational and spiritual level.

How long are we going to deconstruct the 20th century, anyway? What are your thoughts?