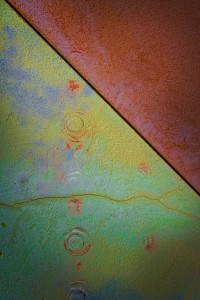 I’ve blogged on the definition of “Fine Art Photography” over the course of a few posts in recent weeks.  It’s an elusive subject; one that I described as, “when viewer and creator can collectively synthesize what is and what is not “Fine Art Photography.”  But, there is more to it.

Fine Art Photography is about finding the significant in the insignificant, and separating the extraordinary from the ordinary.  It is not about documentation, although it may document.

Ultimately, it is about a vision that transcends documentation.  Fine Art images are not about what we see, but about what we create from our seeing, and from our feelings.  In practice, it’s about expression!

The three individuals I recently blogged about, Stieglitz, White, and Adams (the “Father, Son and Holy Ghost” of the early Fine Art era), all produced work that helped to shape the definition of the craft.  I chose them because they were leaders with skills beyond the art they created.  They were the icons of their times, who pushed back the frontiers of photographic art acceptance.

Interestingly, the three shared many other traits beyond their work.   All three had a deep connection to music.  All were prolific writers, and created insightful essays about the art of photography.  At one time or another, all of them owned and operated galleries.  Each one opened doors with their work:  Adams’ work propelled the rapid expansion of the US National Park System.  White’s critical essays married Jungian theory to visual expression (in particular, to his abstractions).  His leadership at Aperture magazine provided a voice of authority for Fine Art Photography.  Stieglitz pushed back artistic prejudice with his essays, galleries, and his cultural pictorialism.

Foundations for the Digital Age

No doubt, many others contributed to the growth of this genre. Bill Brant, Paul Strand, Paul Caponigro (a personal favorite), Edward Weston, Dorthea Lange, and Imogen Cunningham are just a few voices that advanced Fine Art Photography.  But, Adams, White, and Stieglitz were the big rocks that fell into the art pond of the time.  Each of them splashed down and made waves; waves that created beachheads for the rest of us on the shores of art.  Today, their legacies live on with equal portions of truth and fiction, yet, their processes are both foundational and relevant in this digital age.

Stieglitz passed away in 1946, the Father of this trinity of leaders.  White died in 1976, and Adams in 1984.  The ending of their era brings to mind a verse from Don McLean’s American Pie:

“And the three men I admire most, the father, son, and the Holy Ghost, they caught the last train for the coast, the day the music (Fine Art) died.”

Today, a cottage industry of followers and aficionados says, “Fine Art Photography left with that trinity.”  I see it this way:  As White moved on, reliable color came to the Fine Art Photographer.  By the time Adams went to the big darkroom in the sky, a new movement known as postmodernism erupted on the scene.

In future blogs, we’ll explore postmodernism, an intellectual approach that defined Fine Art Photography as something akin to a “Rebel without a Cause.”

One thought on “The Trinity: An Era Past”